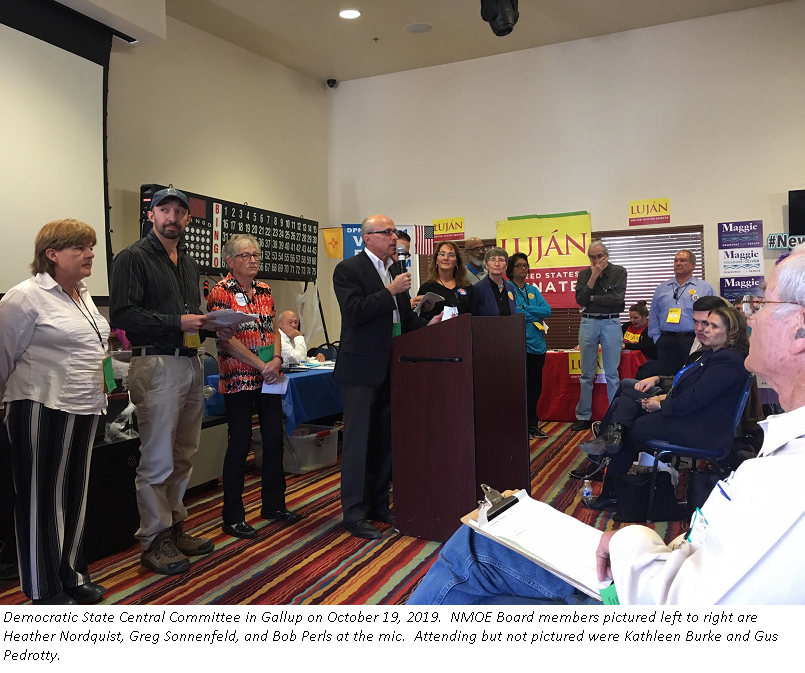 Our resolution did not pass, but it was very close – within 15 votes out of 400 or so votes. This is tremendous progress given that four years ago very few partisans on either side of the aisle supported open primaries. To be clear, we were proposing a semi-open primaries bill that simply allowed DTS (independents) to vote in a major party primary. Our approach would preclude cross-voting. If you know Republican supporters of open primaries who would do the same with the state Republican Party, please let us know.

You might recall that our semi-open primaries bill, HB 93, during the last legislative session made it through two House committees, but was killed in the third, House Judiciary. Again, we are making progress. We currently are working with a dozen legislators to try to get open primaries on the Governor’s call.

We continue to be the only non-profit in New Mexico focused on election reform. We need your help and support. A big thank you to NMOE board member Diane Albert who, on Sunday, committed to fund our non-profit with an ongoing gift of $500 per month. Can you help us out with an ongoing monthly donation of $10 per month?

We are all volunteer working to expand voting rights to all!

New Mexico Open Elections advocates a simple, yet radical idea: no New Mexican should be required to join a political party to vote.